Truck Accident Lawyers – Is The Truck Driver Telling The Truth

A lot of opponents line-up against you after a dump truck or gravel hauler accident, beginning with the driver. And since every trucking wreck ends up being a very expensive proposition, the driver understands that he could end up being the fall guy, even if the wreck might not have been his fault. Almost every time, the driver will try and pass the blame for the wreck off on you in order to keep his job.

This is why it’s never a good idea to trust the truck driver to tell the truth if he or she causes an expensive accident. If truck drivers are found to be liable for an accident, not only will they probably be immediately fired, it could become very difficult for them to land a new job after costing his or her previous employer enormous amounts of money in liability claims. Sometimes trucking companies, especially if investigations determine they must share negligence liability, fire the driver with no consideration at all, and then distance themselves from their risk of respondent superior liability by sloughing all the blame on the now-dismissed driver; then hope for the best.

And as we mentioned, for some drivers, gravel and dump truck hauling might be the last stop because they’ve already been fired by an over-the-road company for wrecks, or this is a “newbie driver’s” first wreck and his inexperience was a contributing cause. He too might lose a trucking career right at the start. Be it one or the other, now this poor fellow has to find a new line of work. And with the high unemployment in the U.S., the temptation for that driver to lie, cheat or behave dishonestly to save their job is too great if he wants to keep taking care of his family.

Not long ago, after suffering an injury in a commercial trucking accident in which the driver of the truck claimed that our client was driving with his lights off at night, our investigators quickly examined the scene. They discovered a security camera outside a convenience store that was pointed directly its parking lot and the accident scene behind it. The video clearly showed our client’s headlights shining brightly. We proved that the truck driver boldly lied. Witnesses and defendants can lie and or callously misrepresent critical facts in trucking accident cases.

Our Law Firm knows how to uncover the lies, and replace them with the truth. For decades, we have conducted thousands of commercial truck accident investigations and deposed tens of thousands of witnesses to get to the bottom of the case. We find the truth, the whole truth and nothing but the truth.

Our Law Firm has decades of experience handling personal injury litigation in dump truck and gravel hauler accident cases. If you or a loved one has been seriously injured by one of these road monsters, our expertise significantly increases your odds to receive the fairest compensation possible for the injuries and pain you have suffered. We’ve helped deliver millions of dollars to hundreds of accident victims in Texas. So if you or a loved one has been involved in a trucking accident anywhere in Texas, our experienced accident lawyers can win the best compensation possible for you.

Call Carabin Shaw today at 1(800) 862-1260 (toll-free) for a free consultation to begin your road to total recovery so you and your family can resume your life.

END_OF_DOCUMENT_TOKEN_TO_BE_REPLACED

Motorcycle accidents can be far more serious than car accidents due to the characteristics of motorcycles such as their lighter weight and lack of structural protection. In fact, accidents involving motorcycles can be just as serious as pedestrian accidents because, in both cases, the rider of the motorcycle and the pedestrian are not protected in any way. Motorcyclists don’t have sturdy metal frames to shield them or seat belts and airbags to protect them.

The Reasons For Motorcycle Accidents

Sadly, some individuals have a bias against motorcyclists, and many believe that if motorcyclists are involved in accidents, it must be their own fault. However, many motorcycle accidents are caused by drivers of automobiles who are either negligent or reckless.

Just like in any motor vehicle accident, the injuries sustained in a motorcycle accident can be very severe or even fatal. Because of the openness of a motorcycle, drivers who are involved in accidents can experience major head trauma and brain injuries, spinal cord injuries, broken bones and a loss of limbs. 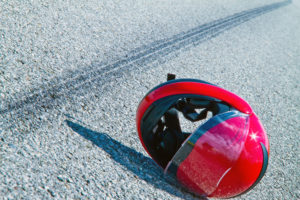 If you or a loved one has been involved in a motorcycle accident that caused injuries, you should speak with an attorney to find out more about proving liability in your case. The rules regarding liability are a bit different for cars than they are for motorcycles.

Motorcycle accident cases come with certain unique challenges, so it is wise to have a lawyer help you handle your case. Having a strong legal advocate on your side can prove to be quite helpful in the long run. Call us to schedule an appointment today.

END_OF_DOCUMENT_TOKEN_TO_BE_REPLACED

A so-called T-bone accident typically occurs at an intersection when one car smashes into the side of another that is already in the intersection. The driver of either car may be at fault for failing to yield the right of way to the other vehicle.

A T-bone crash could strike the driver’s or a passenger’s door forcefully, with maximum impact on the occupant’s body. It can be hard to survive a collision like this if the striking car is traveling fast, and injuries can be severe.

Right-Of-Way Laws Have A Purpose

Laws stress the need to observe right-of-way rules. An intersection may be controlled by lighted signals, stop signs or yield signs, or it may be uncontrolled with no sign or signal at all.

All drivers and pedestrians should know what traffic signs and signals mean and obey them at all times. In this type of accident, someone almost certainly made an error.
More information on this website @ http://no1-lawyer.com

The NHSTA has researched different kinds of accidents extensively, including head-on crashes and accidents at intersections.

According to the NHTSA, the most common reason for an intersection accident is driver failure to recognize the features of the intersection. The driver may not have noticed a stop sign, for example. More than half of all intersection collisions are due at least in part to a recognition error.

The next most frequent cause of intersection crashes is a driver’s mistaken judgment. A typical case of this kind of error happens when a driver sees a traffic light turn yellow from some distance and tries to barrel through without regard for vehicles on the crossing street that start to progress on their green light.

About 30 percent of the intersection crashes in the NHTSA study were caused by judgment errors.

Who Has T-Bone Crashes

The NHTSA analyzed the frequency of different accident types for different age groups. Young drivers might be expected to have T-bone crashes because they have not developed skills, may not be watchful enough or may be speeding.

The NHTSA discovered that only about a third of the crashes involving drivers aged 20 and under occurred at intersections. The age group with the lowest proportion of accidents at intersections was the group just above this one, the 21- to 24-year-olds.

Then as drivers age, they consistently have more intersection accidents, including T-bone collisions. In the oldest age group – drivers who are 65 and up – more than half of the accidents involving these drivers occurred at intersections.

Observing data from extensive records collected for one year, the NHTSA noted that about 2.3 million crashes happened at intersections in that year. Crashes at intersections constituted about 40 percent of all the accidents in the United States in the same period. Over 7,000 people died in intersection accidents, and about a third of the intersection crashes resulted in someone being injured.

A T-bone accident case will involve determining if a driver was negligent. Knowing who had the right of way is a very significant factor. If someone was injured because a driver did not exercise the reasonable care that was required to avoid a T-bone accident, the injured person may have a good case for collecting damages in a lawsuit.

Compensation should cover the cost of medical treatment, lost wages and payment for pain and suffering that resulted from the accident.More questions for our car accident lawyers click here

END_OF_DOCUMENT_TOKEN_TO_BE_REPLACED

Latest on the Blog!!!

All the pieces of information provided on this website are for the sole purpose of providing you information related to legal proceedings. We do not intend to be considered as a legitimate authority of the same.